It may surprise you to discover that the first computer dating services sprang up in the 1960s (the first was in 1957), long before the age of the internet. Back then, these computerized matchmakers relied on exhaustive profiles put together in each dating company’s offices. Later on, these may have included extra features like videotaped interviews or messages to be shared with matches that were interested.

For their time, such services were on the technological cutting-edge. Imagine how advanced it seemed back before the web came along: everybody answered the same series of questions, those were in turn fed into a huge computer, then the computer went to work and after making all kinds of computations it spat out a list of those who were likely to be the most compatible with each other. It was magic…for its time.

While it may have seemed advanced and mysterious, the reality is that most such computer dating services used relatively simple matching formulas. Perhaps without a majority of the questions really mattering at all, but rather added to make things look more thorough. The computer was the gimmick that brought people in. After all, a computer doesn’t let emotions cloud its judgment. It just uses logic. Of course, it’s easy to look back with a sort of comical reverence at these early attempts of electronic matchmaking. Especially now that almost everybody has access to a computer with an internet connection.

So how did those old computer dating services evolve? Today they most frequently take the form of web based dating services. Chances are that you have heard of a few of these, as they are nationally advertised. At first glance, these modern incarnations seem to make the same claims, and to be run in a similar manner. But there are differences. For one thing, in the “old days” you would have to go to the offices of the computer dating service to fill out there questionnaire, but now you can do it online, right from the comfort of your own home; whenever it is most convenient for you.

However, the differences between the old and new go beyond convenience. The matching process is now much more sophisticated than it used to be. This is due not only to advances in computing power and better algorithms, but also to customer expectations. People today don’t view computer dating as a novelty, they expect results in the form of meeting people that are compatible with themselves.

In the physical, offline world, new relationships often begin with introductions through mutual friends and acquaintances. This will usually lead to a few chats on the telephone, or worse…the dreaded blind date. Followed up with a series of phone calls until the two people involved are comfortable with one another. Online dating is different. It begins with filling out a profile which the dating service will use to narrow your field of potential matches. The next step isn’t a blind date, but rather a bunch of e-mails, instant messages or video chats. All of these things are done before you ever meet face to face. But keep in mind that computer dating services can only go so far; it will be up to you to build the actual relationship. 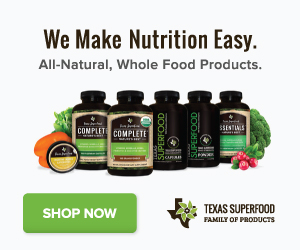 Staying Calm During Times of Chaos